Lessons To Learn From Your Past 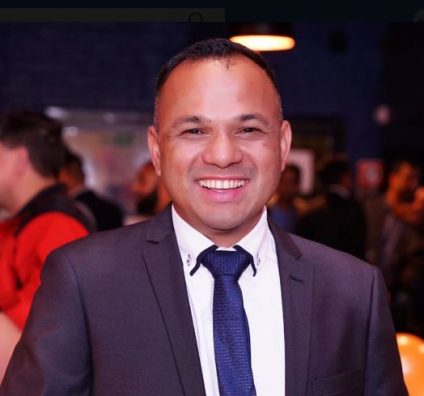 Most of the time it is impossible to prove everything scientifically. However, we need an effort to connect all possible variables together to reach some conclusion. We need to gather information from history, implement or test in present and forecast for the future. I went through the history of all pandemic in the world. I found three major bubonic plague pandemics Spanish flu and some human Coronavirus disasters which are the greatest natural disasters of all time.

First 541CE it killed 40 percent of the capital city of the Roman Empire’s population and a quarter of the population of the eastern Mediterranean. Second, 664 smaller outbreaks occurred across Europe until 750 when the disease disappeared. Third, in 1348 the plague erupted again in Europe, It is known as The Black Death. 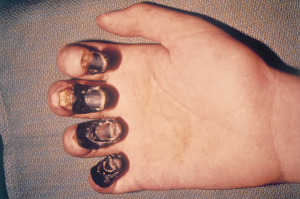 The Plague was originated on rat and Fleas transmitted to a human. The pandemic became the deadliest event in human history, killing a quarter of the people in Europe. In October 2010, medical geneticists suggested that all three of the great waves of the plague originated in China and spread rapidly across Europe.

It reached Sicily in October 1347 and form Italy it spread rapidly across Europe. It is known as Back Death in human history. The ‘Black Death’ of the 14th century killed a quarter of Europe’s population. 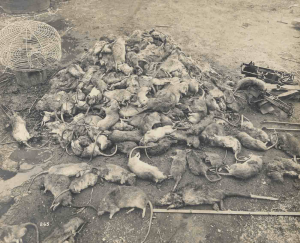 Australia was one of the fortunate countries where the first case of plague was reported four-century latter in January 1900.  The Plague was originated on rat and Fleas transmitted to a human. So more than 108,000 rats were killed by the Australian government and there are no counted numbers killed by private companies and individuals.

As Australia itself an Island it is very rare to outbreaks disease which originated overseas unless we cross the level of stupidity. 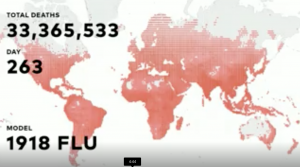 In 15th-century Italy, an upper respiratory infection was considered to be ‘influenced’ by the stars, thereby giving the disease its name. In 1980 Spanish flu first reported in Spain so it called Spanish flue. It was believed that sick war persons were super-spreaders of that flu.

Although the death toll attributed to the Spanish flu is often estimated at 20 million to 50 million victims worldwide, other estimates run as high as 100 million victims—around 3 percent of the world’s population.

By the summer of 1919, the flu pandemic came to an end, as those that were infected either died or developed an immunity.  Almost 90 years later, in 2008, researchers announced they’d discovered what made the 1918 flu so deadly: A group of three genes enabled the virus to weaken a victim’s bronchial tubes and lungs and clear the way for bacterial pneumonia.

Despite a swift quarantine response in October 1918, cases of Spanish flu began to appear in Australia in early 1919. About 40 percent of the population fell ill and around 15,000 died as the virus spread through Australia.

After the above 2 outbreaks critics, investors, entrepreneurs, and philanthropists warns the world to be prepared to combat virus pandemic. They try to lighten world leaders to spend our resources to develop immune to protect from virus-like Human corona rather than invention on mass destructing weapons. one of them is Bill Gates.  Even the Contagion movie was made in 2011.

Now we are facing severe acute respiratory syndrome Coronavirus-2 (SARS-CoV-2),  which is all known as  COVID-19. Scientists are aware that SARS-CoV-2 belongs to a family of viruses. They know a great deal about human Coronaviruses. There are approved more than 40 Coronaviruses.The majority of these viruses infect animals and only seven infect Humans.  Four out of seven are community-acquired and have circulated through the human for a very long time with a low mortality rate. Three out of Seven namely  – SARS-CoV, MERS-CoV, and SARS-CoV-2 Worrying us with a high mortality rate. 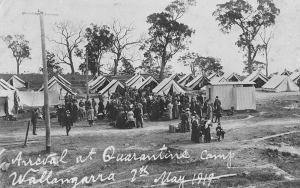 History shows in every pandemic Australian was saved by its Isolation from other world and the government’s quick response.  In the first nine months of 1900 when Black death is landed in Australia, 1759 people were quarantined. Initially, the quarantine period was 10 days but this was eventually reduced to five. Of these only 263 were confirmed cases.

After outbreaks of Spanish flue in October 1918, with a swift quarantine response of the Australian government, only about 40 percent of the population fell ill and around 15,000 died from Spanish flu. The number is very low compare to other countries.  From historical evidence it is proven that to stop outbreaks, quarantine and isolation is the most important  measure to impose and follow  which apply to COVID-19 too . 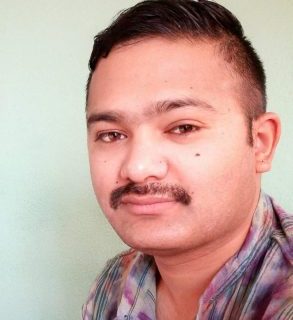 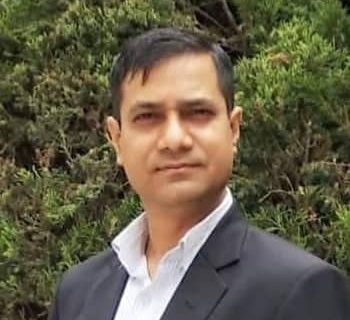