Understanding the Significance of Each day of Tihar! 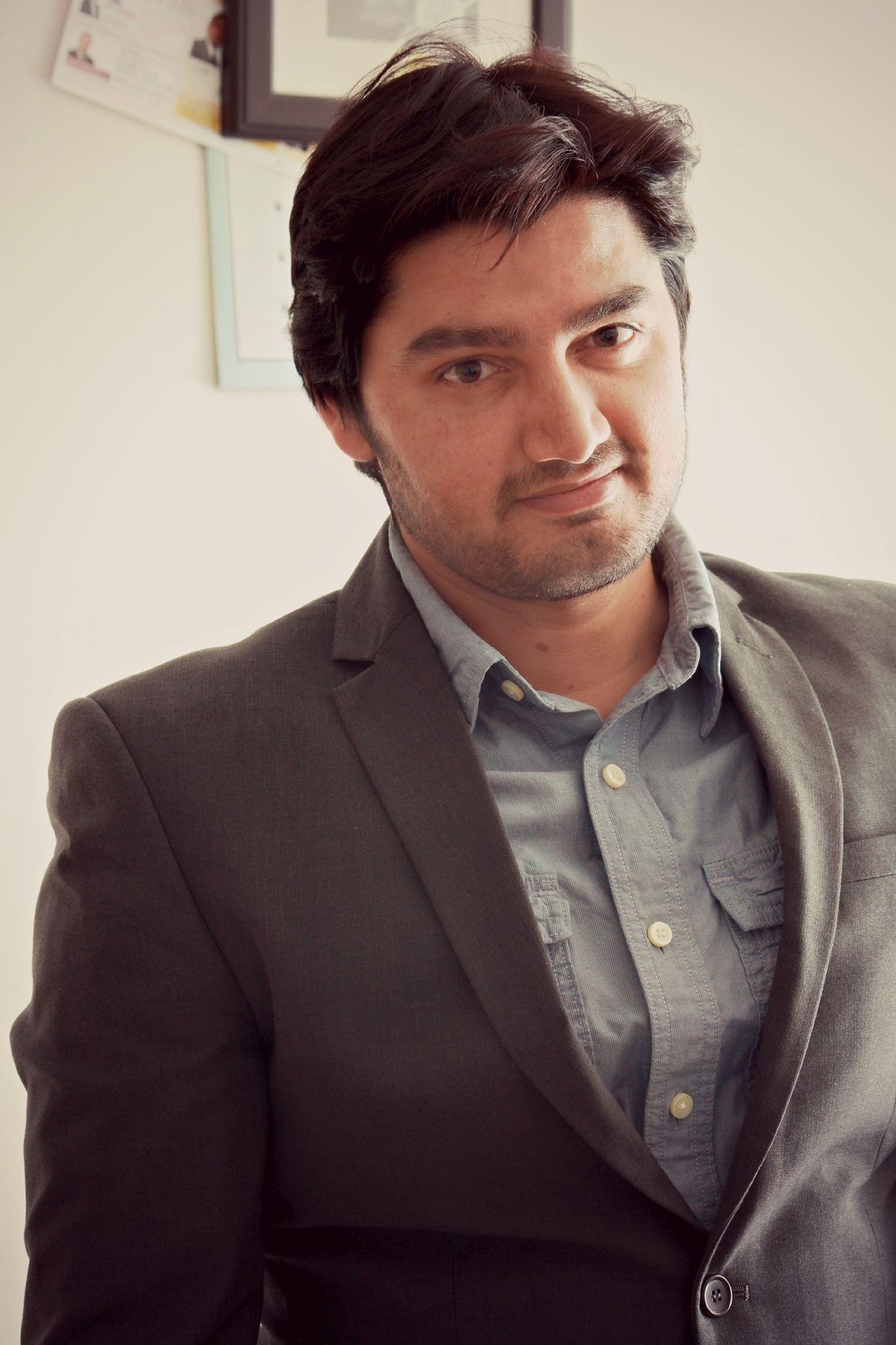 TIHAR / Deepawali is also called The Festival of Lights celebrated by Hindus during Oct- Nov in the month of Kartik every year. Nepali word Tihar is actually a completely modified term originally from Sanskrit. Tithi-baar into Tyohar and into Tihar. Which also means Festival or celebration. Deepawali is later called as Tihar in Nepal. Actually, Tihar only falls three days which is Kaag Tihar and kukkur Tihar and Gai Tihar/ Laxmi Puja. Rest of the Deepawali days are Gobardhan Puja and Bhai Tika. Tihar is a beautiful and dazzling festival for the Hindus.  The houses and surroundings are cleaned up, beautiful flowers bloom around, colourful Rangoli and beautiful lights wake up each house every night. Families and friends get together and celebrate with great enthusiasm. People celebrate thanking, merry making, reviving and rejuvenating life through different customs and traditions. Tihar always brings excitement and jolly mood in the families and friends; playing ‘Deusi-bhailo’ and trying the best to welcome goddess Laxmi, who is believed to bring the happiness and wealth in the life of everyone.

There is no hate for any animal in Sanatana Dharma. Everything is here because they serve a perfect system and balance to this world and every living creature contains some energy which can affect someone else in a positive or negative way. Thus, we priorities everything and celebrate life together with them in a perfect ecosystem.

Why Kukur/Dog Tihar: In Some regional Sanatana Dharma, we believe dogs teach us the most valuable lessons in life. It teaches us to be loyal, faithful and stay silent when we are in danger or our life is threatened, it also teaches us to bark and be fierce and attack when we see something is going wrong. It is also believed that humans have made dogs pets from the start of civilization that they now depended on humans for their food, that’s why they started keeping part of food for dogs, it became their dharma. Also it is said to be auspicious if a dog crosses your way if you’re going out for work. Although dogs do not enjoy an exalted position like the animals mentioned above, they do carry some importance as companions and faithful servants. Dogs are worshiped in Nepal and other parts of the world as the guardians of ancestors during the five-day Festival of Lights called Tihar. 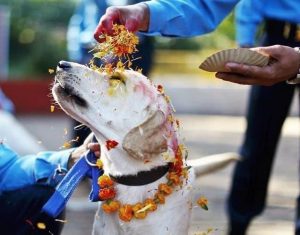 On the second day of the festival, people worship dogs, decorating them with flowers, applying sandalwood paste on their foreheads as the third eye and offering prayers. They are also fed with food. It is believed that dogs guard the doors of heaven and hell. Symbolically, they may also personify Yama, the lord of death, and Yami, his sister. The heavenly dog Sarama is considered the mother of all dogs. Bhairava, a fierce form of Shiva, who is worshiped in Tantra, has a dog as his vehicle. He is also depicted in some images as having the face of a dog. Images of dogs are also worshiper in some Bhairava temples, in addition to feeding the dogs that loiter near such temples. In the Kali Bhairava temple at Varanasi one can see Shiva riding a white dog, and paintings and statues of several dogs. Dogs are worshiped there with garlands, etc. In some folk traditions of southern India, god Mallanna is worshipped as a dog by shepherds who take hounds along with their sheep into forests and mountains during the grazing season. Symbolically, dogs represent loyalty, obedience and devotion. According to Hindu superstitions and omens, dogs yodeling in the night is considered inauspicious. Hindu myths and legends suggest that gods may often appear before humans disguised as dogs either to test them or help them. The Chandogya Upanishad contains a satirical passage, a kind of an allegory, in which insincere worldly priests who perform rituals for money and food are represented as dogs. Dattatreya, who is said to be a manifestation of the triple gods, Brahma, Vishnu and Mahesha is always seen in the company of dogs, who are said to be personification of the Vedas. Since Hindus believe in reincarnation, they believe that dogs may represent past affinities or relationships. Hindus also abhor the idea of eating dog meat. According to Hindu laws, those who eat dog meat are considered outcasts (Chandalas) and will suffer from a terrible fate. Therefore, dogs always served and safeguarded and warned humans from any attacks either in physical or spirits. They need to be appreciated and definitely they need to be loved for their services.

Why Gai/Cow Tihar: The cow symbolizes wealth, compassion, motherliness, righteousness (dharma), motherhood, divinity, sattvic nature, sacrifice, service, purity, and auspiciousness. In the ancient Hindu community, a person’s social and economic status depended upon the number of cattle he possessed. One of the prime duties of the students in the ancient Hindu sub-continent who studied the Vedas in the gurukulas was to help their teachers by looking after their cows. From the Upanishads we know that they served their teachers by taking their cows into the forest for grazing and returned in the evening. Lord Krishna grew up in a family of cowherds and personally tended the cows and other domestic animals in his childhood. The Puranas suggest that the animals and friends around him were mesmerized by the melody of his flute and stayed calm. Shiva is known as Gorakhnath, means the lord of the cows. He is also known as, Pasupathinath, the lord of all animals. According to some scholars, Shiva’s association with cows and bulls might date back to the Indus Valley period. Cows have a special significance in Hinduism, as aspects of Mother Goddess and as symbols of selfless service. 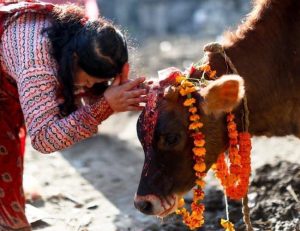 Hindus worship cows as the Mother Goddess and symbol of motherhood, kindness and forbearance. Kamadhenu, the heavenly cow, is considered the mother of all cows and several gods. She is also considered the source of all abundance with the power to grant the wishes of her devotees. The killing of cows and eating cow meat are strictly prohibited in Hinduism and considered mortal sins with severe karmic consequences. The cows are mentioned in many Vedic rituals such as ashtaka, sulagava, vajapeya, arghya, etc. Cow milk is used in Hinduism in ritual worship as an offering, and for cleansing the ritual objects, and bathing the deities, besides in the preparation of sacrificial food, such as panchamritam, curd, paramannam, etc. Cow urine and cow dung are used in some Vedic rituals in expiation ceremonies to cleanse past sins and in Ayurveda to prepare traditional medicines. Because it is a sacred animal, gods do not use it as a vehicle, but only as the source of auspiciousness, peace, and prosperity. Let’s be the cow, who is a giver. The humans have always surrounded them and regard them as their mother because they have fed us and they are always there for us.

Why Kaag/Crow Tihar: Birds and animals have always been given prominence in Hinduism. Crows have also always been part of our culture. Since we always depend on rain and crops. Crows are believed to have tendencies to forecast rain. 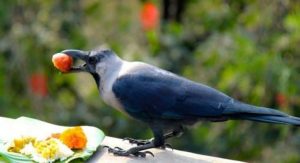 They also forecast any good or bad news coming if we closely know them. They were also used as food testers because humans have always migrated to new lands, tested new fruits or crops. So they used to first feed crows to see if it is not poisoned. So crows have always served our ancestors. In Hindu culture it is a strong belief that crows play a major role in linking the dead and living. By feeding crows, it is believed that they carry forward the offerings to our dead ancestors or relatives. This practice of feeding crows is called ‘Shradh’. Crows are also related to Shani (Saturn). Thus, feeding crows can strengthen Shani Dev’s grace on us and is especially beneficial to people affected by Saturn, Rahu or Ketu. Saturn is called Shani and is the Lord of Saturday, hence Saturday is called Shanivar.

Why Mountain/nature (Gowardhan) Puja: According to the scriptures, there was a practice among the people of Braj to offer lavish meals to Lord Indra. In return, Indra promised good rain to nourish their crops. Lord Krishna believed this was a harsh price to pay for the poor farmers. So, he asked the farmers not to offer any lavish offering to Indra. 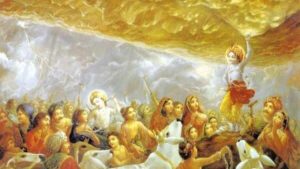 It is after this that the villagers stopped their offerings. Angered by this gesture of the villagers, Indra flooded the village. He brought heavy rains and soon, the village was underwater and destroyed. People then prayed to Lord Krishna to save their lives. Krishna came to their rescue by lifting the huge Govardhan mountain on his little finger. The people took refuge under this mountain and were saved from the wrath of Indra. The rains continued for seven days and Krishna kept holding the mountain and saved everyone. The Govardhan puja is also significant as it gives us the message of conserving our natural resources. Worshiping the natural elements has always been a practice in Hinduism. The main reason for this worship has always been conservation and protection of the exhaustible natural resources. Nature has always served us with everything. Our duty is to worship and praise them and save them too!

Why Bhai/ Brothers Tihar: In Hinduism, we have always considered the world around as our family. No matter if we see new people, we always address them as kaka kaki, AMA buwa, dai Bhai or didi bahini. Therefore, we love and respect and value each other as a family. We treat everyone as a family and guests as God. It’s so beautiful to see everyone’s celebrating Bhai Tika every year.  Brothers and sisters get together and show love and affection. It’s so beautiful how brothers and sisters share promises and vow to protect one another in difficult times. The vast and intense relationship of brothers and sisters is very powerful and they are there for one another and support one another no matter the whole world is against them. Through different Purans and scriptures we have seen brothers and sisters have always helped each other no matter what. This pure and undying relationship is therefore celebrated as Bhai Tika or Bhai Tihar. It is believed that Yamraj, the god of death, visited his sister, Goddess Yamuna, on this day during which she applied the auspicious tika on his forehead, garlanded him and fed him special dishes. Yamraj announced that anyone who receives tilak from his sister will never die on that day. 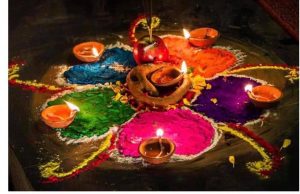 Sisters make special garlands for their brothers from a flower that wilts only after a couple of months, symbolizing the sister’s prayer for her brother’s long life. Brothers sit on the floor while their sisters perform their puja. The puja follows a traditional ritual in which sisters circle brothers, dripping oil on the floor from a copper pitcher and applying oil to their brother’s hair, following which a seven-colour tika is applied on the brother’s forehead. The 7 colours signifies the different shades of life. Like the rainbow life brings different colours and they promise to be with one another every moment. Next, brothers offer tikas to their sisters in the same fashion with an exchange of gifts. This ritual is practiced regardless of whether the brother is younger or older than the sister. Those without a sister or brother join relatives or friends for tika. This festival strengthens the close relationship between brothers and sisters. Thus, all these rituals and customs make us better human beings. We not only light the outside world but also follow practices to enlighten ourselves. Afterall, life is to live with peace and love and in harmony with nature. Let’s celebrate this Tihar festival with great enthusiasm and let’s take care and make everyone around us cheerful by sharing happiness and joy. May all of us be blessed with boundless love, unlimited happiness and prosperity. 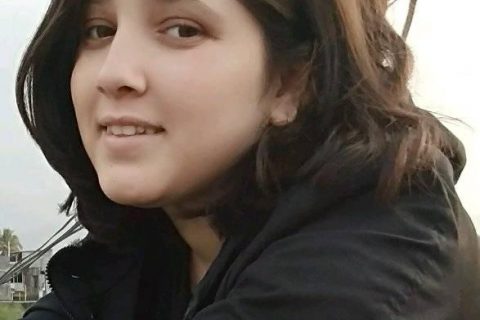 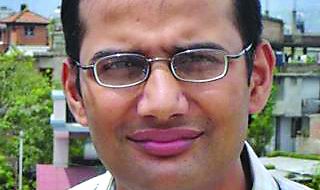 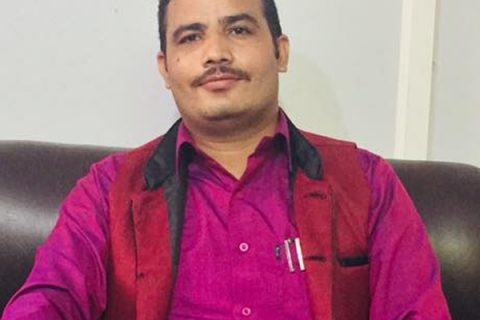