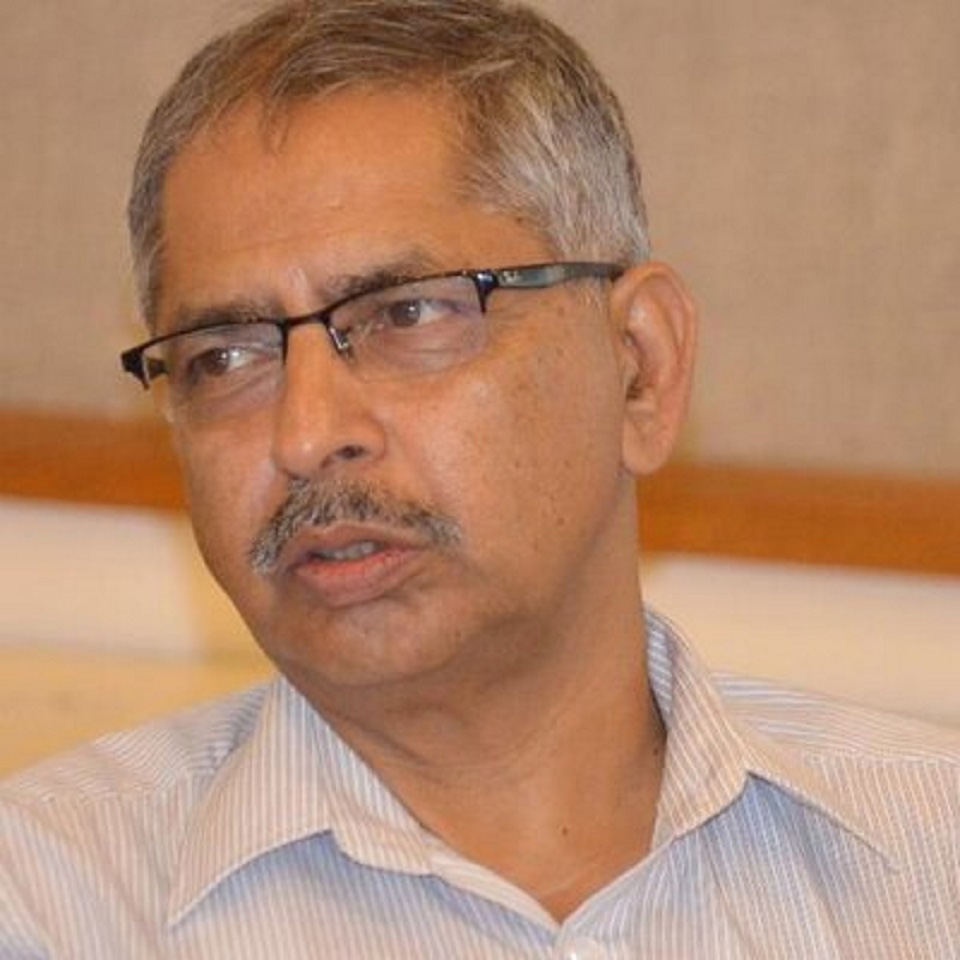 NEPAL’s geography requires her to maintain a balanced relationship with India and China – the two countries in the immediate neighbourhood. Since these countries are rising powers on the world stage, Kathmandu needs to pay additional attention to keep the foundation of this balanced friendship unshaken. It is unfair, therefore, on the part of either of the two to seek or claim ‘special relationship’ with Nepal. The principle of reciprocity, as we are told by competent scholars, demands identical perception – as well as acknowledgement – to give state-to-state relationship a ‘special’ dimension. Available lexicons on foreign affairs and diplomacy also suggest that one state’s belief that a relationship is special has to be reciprocated by the other.

Cultural Affinity
It takes two to tango, so goes the saying. Close cultural affinity undoubtedly places Nepal-India relations to a unique platform, but to project them as something ‘special’ would be preposterous. Equally absurd is the patronising cliché that Nepal is a younger brother, because it defies the historically established facts and figures. Present-day India was born in 1947, but Nepal existed long before that.
While Delhi’s bureaucracy may still have diplomats taking pride in a perceived legacy they inherited from their British colonial masters, Kathmandu has always rejected this condescending approach by the southern neighbour. “The theory of special relations for Nepal outside geographical, social and economic realities is out of step with modern developments in our relations,” was how Nepal’s former prime minister, Kirtinidhi Bista, said in categorical terms. The relevant interview, published in The Rising Nepal on 24th of June 1969, Bista also dispelled existing “impression that Nepal alone has benefited” from previous agreements and arrangements.
Anyhow, Nepal’s stand in the late sixties was tacitly accepted by Delhi. In other words, such assertion by Nepal did not prevent Delhi and Kathmandu to hold several successful negotiations afterwards. It served as an indicator of willingness on both sides to maintain friendly ties. In an apparent allusion to strong cultural bond between the two countries, Morarji Desai, the visiting Indian prime minister, made the following remark at a Kathmandu press conference, in December 1977: “The relations are sacred, as sacred as Pashupatinath”.
On the world stage, and particularly in the post-World War II scenario, British and the U.S. leaders often found it expedient to project their relations as special, and it might have worked a bit in view of UK’s desire to be a country distinctly different from rest of the European Union. Logically, after dissociation from EU earlier this year, the UK would get closer to the U.S. But this has not happened. On the contrary, a BBC report in late January this year said that the era of “special relationship” has ceased to exist.
Back in South Asia again, and Nepal has necessity to have sustainable friendship also with China. In his 1959 book titled “India Meets China in Nepal”, Indian journalist Girilal Jain examines relevant aspects of Nepal’s aspirations as well as obligations to either side. Jain also refers to “two great experiments” – communism in China and parliamentary democracy in India. It appeared then that a viable political system for Nepal would by a kind of hybrid of those two experiments.
Earlier this week, C. Raja Mohan’s column in the Indian Express offered some food for thought to those in Delhi who continue to hanker after special relationship with Nepal even if they are aware that a large section of Nepali population does not want it. In Mohan’s opinion, all major bilateral issues should now be put on table for re-negotiation. And official efforts should be ultimately directed to construct a durable and “interest-based partnership.” There are some other Indian writers and commentators who are airing views that concur with Mohan’s arguments.
That Nepal has to have a long-term relationship with China is there for everyone to see. China’s Autonomous Region of Tibet continues to be sensitive area. Hence, Kathmandu obviously can’t afford to be insensitive or indifferent to issues and activities relating to Tibet. Delhi is understandably familiar with the One-China policy.
“China is a great power…India too is a great power for us…” says YN Khanal, the grand old man of Nepali diplomacy, in a book published in the year 2000. Professor Khanal, who passed away in 2004, had served as ambassador in Delhi and Beijing in challenging times. In between, he also had an ambassadorial stint in Washington. “Nobody, however friendly, can think for us about our relations with India and China and the sensitive balance implied in it,” is his assessment-based counsel to future architects and engineers of Nepal’s diplomacy. Here again, he underlines the importance of a balanced approach to issues involving immediate neighbours.
It is unfortunate that Indian army chief, General M. M. Naravane, chose to pretend that he does not have knowledge about the geography of Himalayan Asia. His controversial remark implying that Nepal was acting on China’s behest added fuel to the fire. His statement also undermined Kathmandu’s right to raise alarm when the country’s territorial integrity was repeatedly violated by an oversized neighbour. After all, how can denizens of Nepal keep quiet when nearly 400 square kilometres of their territory has been usurped in the Kalapani sector alone?
Meanwhile, had he been properly briefed by civilian authorities, General Naravane would have known facts and details about how Kathmandu simultaneously lodged protests with both Beijing and Delhi in May 2015, immediately after Prime Minister Narendra Modi and his Chinese counterpart signed a bilateral agreement mentioning Lipulek pass, without taking Nepal into confidence.

Genuine Friendship
Ground realities show that Delhi stands to gain by keeping Nepali people friendly. They favourably respond to persuasive measures, and their needs are both moderate and modest. All they want is a genuine friendship and respectable behaviour from authorities who claim to represent the people living in a vast landmass called India. In fact, people-to-people level contacts between Nepal and India have always remained cordial. The cultural bond is striking, but this is needlessly poisoned by the political class holding the fort in Delhi.
Harsh Vardhan Shringla, India’s incumbent foreign secretary, recently reiterated Delhi’s “Neighbourhood First” policy. His virtual address of May 15 contains a specific pledge for “immediate neighbourhood”, where he says that it would receive greatest attention and emphasis. Hopefully, the coronavirus pandemic will not hinder the pressing diplomatic initiatives required in the immediate neighbourhood.

*Originally published on The Rising Nepal.

(Mr Adhikary is a veteran journalist and consulting editor of The Nepali Times Australia. He is active since 1978 and writes on regional issues. dhrubahari@gmail.com) 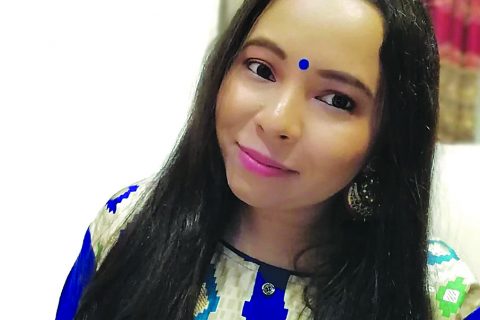 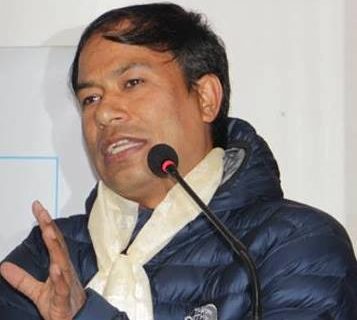 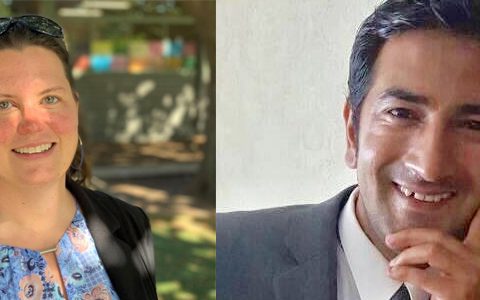